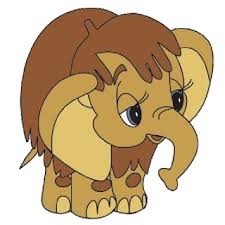 Aristotle said of elephants: “The beast which passeth all others in wit and mind“.

I know elephants since I was an infant. My maternal grandparent used to live in a quaint town called Moulmien, in Burma. During summer holidays me and my siblings would to go there with our mother, spending close to couple of months every visit.

My grandfather had a large timber factory there. Since cranes were not known in those days, elephants were used for movement of large trunks. My grandfather also owned an elephant. I always believed that he could talk to elephants. He handled his elephant very aptly and treated him like a son.

My grandfather taught me about elephants, their intelligence, emotions and how to communicate with them.

Last year I shifted to Dehradun, capital of Uttarakhand, a state in India. Before that, I spent two years in Parmarth Ashram in Haridwar. From Haridwar, I frequently visited Rishikesh. All these three towns are surrounded by Rajaji Forest. Rajaji Forest is extensive and is connected to Himalayas, Holy River Ganga and many small rivulets.

Remembering and not forgetting what my grandfather taught me about elephants, I thought of getting in touch with them. It was not easy. Elephants do not like us human beings and prefer to keep away. They do not trust humans. Whenever the elephants and humans cross in forests, there is always a clash.

It took lot of time getting friendly with a herd of elephants. Once I did, we started meeting often. This herd was quite large with one head, five males, six females and four calves.

Most of the talking was done by the herd head. When I asked him about them in general, he said that, we are capable of a range of emotions, including joy, playfulness, grief and mourning. In addition, we are able to learn new facts and behaviours, mimic sounds that we hear, self-medicate, play with a sense of humour, perform artistic activities, use tools and display compassion and self-awareness. We have 400 words in our elephant vocabulary.

He said that, we are amongst the most intelligent creatures on earth. In fact, our intelligence rivals that of human beings. Our weakness is that we are not born with survival instincts and need to learn these during infancy and adolescence.

Our capacity for memory and emotions is remarkable. This is also the area responsible for emotional flashbacks and is the reason that elephants experience Post-Traumatic Stress Disorder.

He explained that we mourn our dead. We give our deceased burial ceremony. The burial ceremony is marked by deep rumblings while the dead body is touched and caressed by the herd member’s trunks. Those who are already reduced to a skeleton are still paid respect by passing herds.

Self awareness is yet another indication of the vast capacity for thinking and intellect that exists in us, said the elephant. We can, in fact, recognise ourselves in a mirror, something that is extremely rare in the animal kingdom.

I read about elephants getting killed by fast moving trains at night, when they are crossing railway tracks. Though there is a defined speed limit for train drivers when they pass Rajaji Forest during night or in early morning, they seldom adhere to it.

Poachers kill elephants for tusks. We humans have encroached on to their habitat and kill them by accident or on purpose.

We fail to realize that there is a purpose for which Nature created elephants.

Elephants are among the most intelligent of the creatures with which we share the planet. Elephants with complex consciousnesses are capable of strong emotions. They are also keystone species, playing an important role in maintaining the biodiversity of the ecosystems in which they live.

During the dry season, elephants use their tusks to dig for water. This not only allows the elephants to survive in dry environments and when droughts strike, but also provides water to other animals, that share harsh habitats.

When forest elephants eat, they create gaps in the vegetation. These gaps allow new plants to grow and create pathways for other smaller animals to use.

They are also one of the major ways in which trees disperse their seeds; some species rely entirely upon elephants for seed dispersal. Wherever they live, elephants leave dung that is full of seeds from the many plants they eat. When this dung is deposited the seeds are sown and grow into new grasses, bushes and trees, boosting the health of the ecosystem.

In the Jungle Book movie, when elephants are passing, Baloo says to Mowgli “Bow down and show respect to the elephants. They are the one who have created forests. It is because of them the animals live, mountains and rivers are there”.

In the areas where the elephants live, humans need to learn to avoid conflict with them. Obstructions should not be created on the paths in which they move.

After all, to survive, we need them more than they need us. We exist if elephants exist.